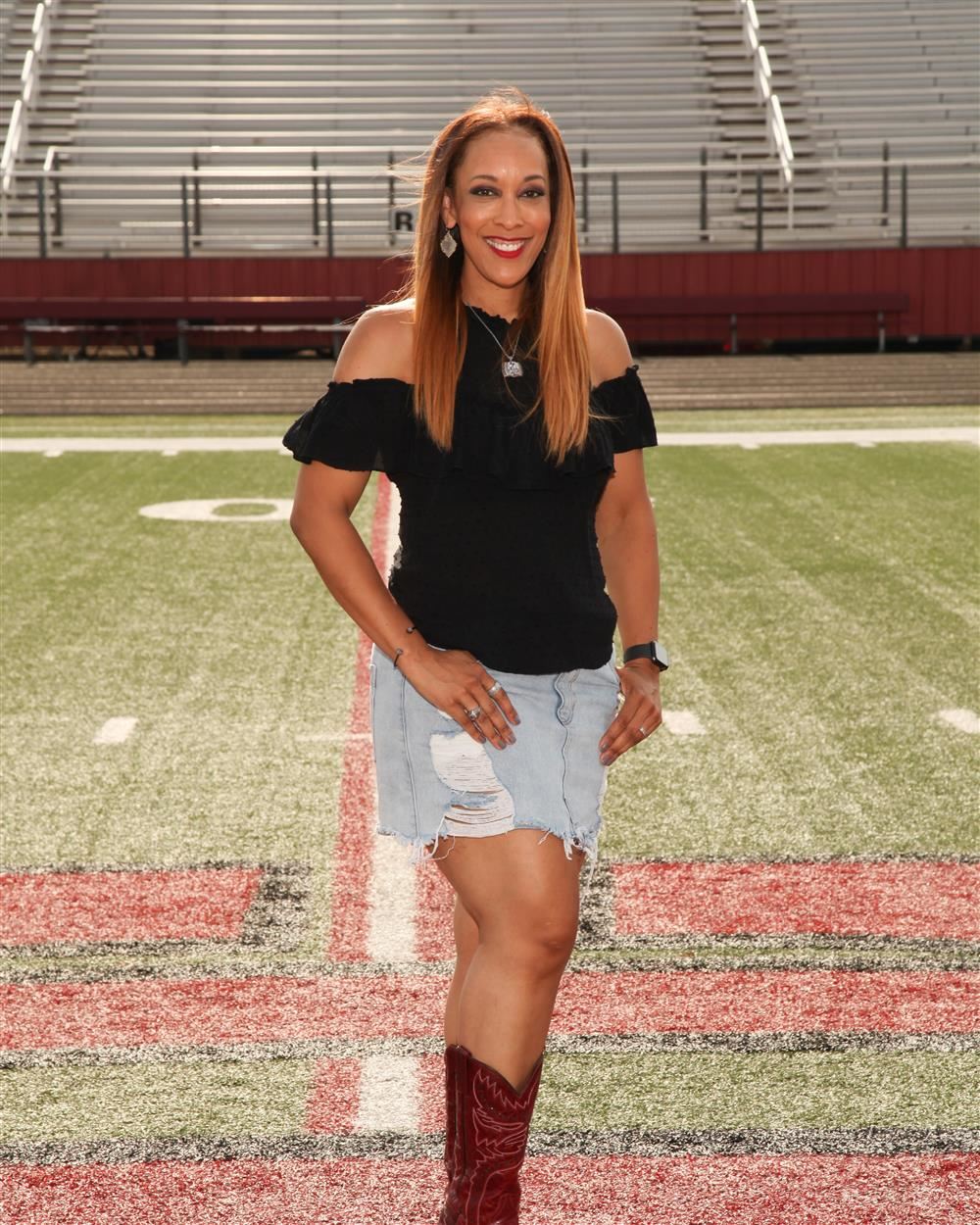 Mila McQueen has danced since the age of 5 where she studied locally at Carolyn’s School of Dance & Fabulous Feet on Broadway. She then found her love of Drill Team while attending David W. Carter High School in Dallas. Mrs. McQueen was a Carter Calico from 1995-1998 and the Calico Captain from 1997-98. It was also while in High School she had the chance to attend Drill Team Camps at SMU with American Dance/ Drill Team Schools which further inspired her love of drill team. While attending the camps she made All-American Drill Team both her Junior & Senior year of High School. This honor allowed her to perform with the AADT in DC at the Cherry Blossom Parade, Dallas Mavericks Games, and in Paris, France under the Eiffel Tower. After graduating High School she was honored with the privilege to start working for American Dance/ Drill Team Schools with whom she still works for today. She serves as a Staff Captain for the HBCU style of dance, Staff Instructor for Drill Team Camps in the summer, & a Contest Judge during Drill Team Competition Season. She has also had the pleasure to travel to Osaka, Japan in both 2018 & 2019 as American Dance/ Drill Team Texas All-State Dancers Staff. Mrs. McQueen received her Bachelor of Arts Degree in Dance from the University of North Carolina at Greensboro. While in Greensboro she was also a member of the UNCG Prime Movers. After college, Mrs. McQueen served as the director of the award winning Desoto Freshman Aeries Drill Team at Desoto Freshman Campus from 2008-2013. She is a current member of Texas Dance Educators Association, & been since 2008. She is also the Intermediate Team Director at The Dance FX Studio in Garland, TX. Mrs. McQueen has been married for 18 years to her High School Sweetheart Dwight & has a 15 year old daughter Londen & a 10 year old daughter Milan. This is Mrs. McQueen 10th Year of teaching Dance for Cedar Hill HS & serving as the head director of the award winning Cedar Hill Highsteppers. Mrs. McQueen is truly blessed to have the chance to live out her life long dream of having her own drill team & sharing her love of dance with others.