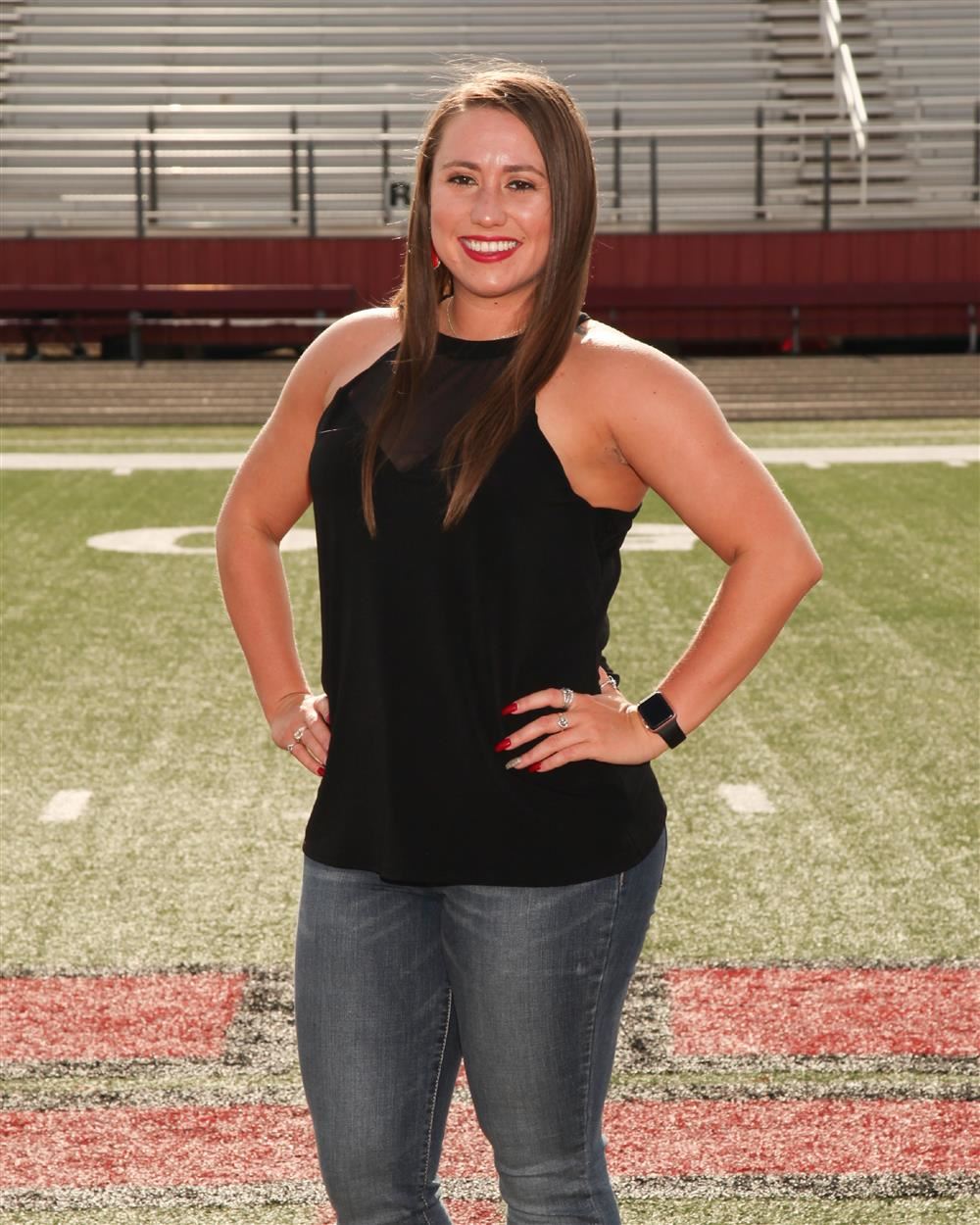 I have danced since the age of 3 where I studied in Killeen Texas at Studio 203 and Newcomb School of Ballet. Went to high school at Copperas Cove High School where I was a member of the Copperettes from 2004-2008 and was Captain my senior year of 2007-2008. After high school I attended Mclennan Community College where I was on the Nationally ranked dance team from 2008-2010. I was privileged to win two National titles with the MCC dance team. From MCC transferred to Sam Houston State University where I was a part of the Orange Pride Dance Team and also received her BFA in Dance in 2014. I formally worked for HTE for 6 years and  I am excited to currently be working with American Dance and Drill Team. After graduating I served as director for Temple High School Kittens Dance Team for two years. This will be my fourth year as Cedar Hill Highsteppers Assistant Director and first year Cedar Hill JV Sweetheart Director.